Your face, your race, the way that you talk—
I kiss you, you’re beautiful, I want you to walk.

I think that David Bowie chose “not-his-usual” musicians to perform on Blackstar because if he used his usual musicians, they would have instinctively known what was going on with his health because of their years of history of performing with him. It might have been too heavy for them to deal with and contain.

Look! In November 26, 2015 Creative Review did an article about Blackstar’s design.

In case you didn’t know, this is Bowie’s name:

Have you seen this site? imablackstar  Whoa!

Also, in case you haven’t seen, look at this Tumblr account called The Villa of Ormen. At first many people thought David Bowie created this account, but turns out he didn’t because the real owner of the site put up a new post saying, “I am not David. This is not David’s account.”

Where is the photographer Jimmy King who took the last formal portraits of Bowie? Still can’t find out anything about him in the Internet! Would love to know the dates these photos were shot.

Hard to imagine how Iman and Lexi are coping. They can feel our love though. 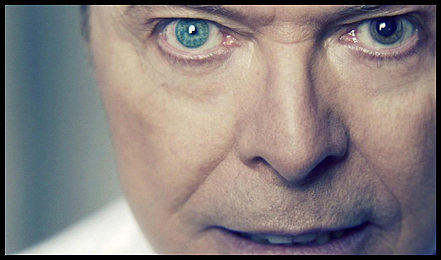 Here are some great links, tons of information about Bowie that might answer some of our questions. Well, they answered lots of mine.

p.s. Sorry about how this looks. I don’t know HTML and can’t straighten out the spacing…UGH!

This morning when my sister called me and told me David Bowie was dead. I am heartbroken. Everyone will be writing on their blogs and in magazine articles how they felt connected to him, and I am writing too. Like millions of others, my “connection” to him started when I fell in love with his album Ziggy Stardust when I was 15. I went to two Los Angeles David Bowie concerts: the Diamond Dogs Tour in 1974 at the Universal Amphitheater and the 1987 Glass Spider Tour at The Forum. After I was 15, I regularly purchased his albums. Years later, my husband had the fantastic opportunity to work with him for a day.

The connections people make between themselves and a musician’s musical creations are of validity. I admired Mr. Bowie’s beautiful, sexy, deep, versatile voice, lyrics, appearance, music, creativity and brilliance. Events in my life are linked to his songs forever.

I think it’s astounding and clever how his cancer was kept secret from the public. He didn’t want us to know and it wasn’t any of our business. The day Blackstar came out, I watched the Lazarus video twice; Bowie looked and sounded amazing.

And in photos of him from December 2015, in his last public appearance, he looked good, and I am glad he looked good. In this era of intense and many times unfair and invasive media coverage, we are all kindly curious as to what kind of cancer took the man we admired, respected, and whose music we escaped into.

My condolences to go David Bowie’s wife Iman and 15-year-old daughter Lexi, and the rest of us millions.

What GIFTS he left us!